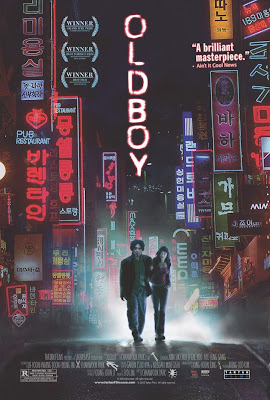 THE SCOOP
Director:  Park Chan-wook
Cast:  Choi Min-sik, Yu Ji-tae, Kang Hye-jeong
Plot:  After being kidnapped and imprisoned for 15 years, Oh Dae-Su is released, only to find that he must find his captor in 5 days.

Critically-lauded and an audience favorite, Oldboy is arguably Park Chan-wook’s best film to date, and one of the key works of contemporary Korean cinema.  Winning the Grand Jury Prize at Cannes, Oldboy lets fly an intoxicating sense of atmosphere, an otherworldly, surrealistic feeling that sucks the viewer into the ghoulish noir world Park has conceived.  We are introduced to the lead character, Oh Dae-su (Choi Min-sik), at the onset whose life story forms the core of Oldboy.

Park’s objective treatment of Dae-su is clever.  The latter appears to be relating his story to the audience but it seems he is just as confused as we are.  Yet we are willing to listen to him, to empathize with his situation, and to follow him on his quest to dig for the truth.  Now, Dae-su is quite a poor chap.  He has been locked alone in a room by a captor for the last 15 years, and then out of a sudden he is released with only five days to unravel the mystery and find his captor.

Oldboy starts out as a promising mystery-thriller, then turns into a love story, and then becomes a mob-vengeance flick.  And when the pieces seem to have fit the puzzle, Park pulls the rug under us with a stunning revelation that builds the film up to its tragic conclusion.  It is difficult to pigeonhole Oldboy into one or two specific genres because it breaks the conventions of every associated genre, resulting in a film best left to be admired and appreciated according to its own terms.

Park is a very skilled filmmaker; he has created a signature visual style that is present in most of his works – a morbid coldness that gives viewers a sense of unease through odd color tones, unorthodox shots, and numbing violence that seem almost too nonchalant.  While he could be accused of being overly indulgent in brutality in Thirst (2009), in Oldboy however, the violence makes complete sense.

A few of them remain etched in my mind.  One, the tooth torture scene in all of its g(l)ory.  Two, the tongue-cutting scene, which is more painful than it impliedly suggests.  And lastly, the controversial scene that shows Dae-su eating a huge live octopus after he is released from captivity.  Now, you may wonder why Park goes to such an extreme extent to shoot these ghastly scenes of suffering.  The reason is simple – causal action brings about consequential reaction.

In perhaps Oldboy’s most brilliant sequence (a nostalgic throwback to those Street Fighter video games), Park choreographs a long take showing Dae-su fending off hordes of knife-wielding, rod-swinging street gangsters as he makes his way along a dirty, dimly-lit corridor from left to right.  Such is his determination to stay alive that even with a knife plunged into his back, he continues to punch his way through.

Misogynistic and cold-blooded, Oldboy is Park’s vision of a world ravaged by tyranny, vengeance, misanthropy and masochism.  Yet, he finds bizarre beauty in all of this ugliness.  Based on a comic by Minegishi, Park’s story is absorbing and consumes you whole.  Never has someone’s action and another’s reaction sparked endless chains of “action-reaction” events that are so devastatingly depicted in a motion picture before.  I could only offer my sympathies to the characters. Even then, I know that is not enough. 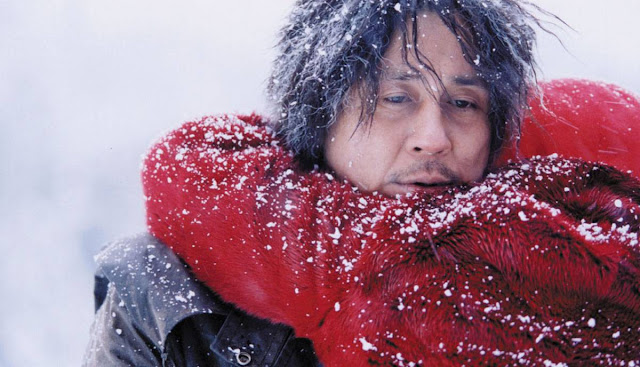 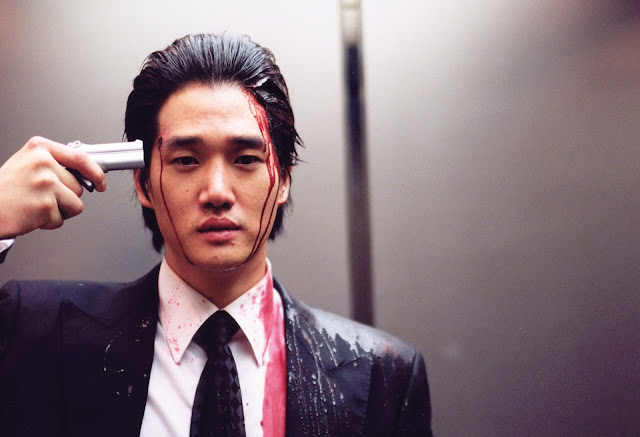