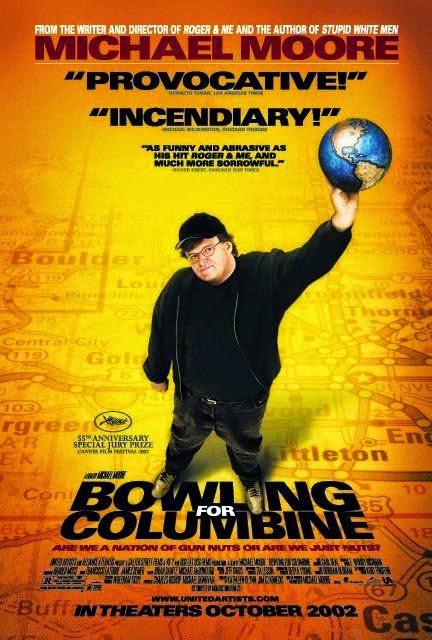 Michael Moore’s Bowling for Columbine is every bit about gun culture in America as it is about the big man himself.  The film, a Palme d’Or nominee and Oscar-winning documentary, takes a scathing view of examples of violence, racism, and poverty as embedded in the fabric of American society.

Some are hidden, away from media glare, so as to preserve the very nature that America is a nation of political freedom, social equality, and economical prowess.  The rest are manipulated by the government, authorities, leading organizations, and media to create fear that is non-existent.

Bowling for Columbine takes two seemingly unrelated elements – bowling and Columbine High School – and establishes not so much of a link but rather tries to find a convincing answer to the madness of school shootings.

Was the Columbine shooting an unfortunate and isolated incident, or was it a tragic symptom of a growing trend of improbable violence among (but not limited to) youths?  In that light, Moore asks a more important question: Why does it happen so often in the US?  The statistic shown in the film is chilling.  More than ten thousand people are murdered each year in the US as compared to about sixty in Britain.

In his film, Moore interviews people from gun addicts to the survivors of the Columbine shooting.  He goes to Canada and finds to his (and our) astonishment that most Canadians do not lock their doors.  Aren’t they scared that someone might drop in and shoot them?  That is a quite likely scenario considering that Canadian youths have a daily staple of violence in popular culture i.e. movies and video games, and that anyone with a license is able to purchase a weapon from the local store.

Yet, the most puzzling thing is:  Why do Americans kill so much more frequently than their immediate neighbors?  Bowling for Columbine is powerful and biting, yet it is also very entertaining.  Midway in the film, Moore includes a short animated sequence that tells of America’s violent history.  It is funny but so very true.

Moore brings his documentary down to the level of the masses, but retains his ability to provoke raw emotions in viewers.  Whether this is audience manipulation should be left to another day of debate; there is no doubt that Moore is a skilled documentarian who uses his talent for the greater good of (American) society.

Perhaps the most uplifting sequence in Bowling for Columbine is the one involving K-mart and two Columbine survivors (both of whom have “K-mart” bullets stuck in their bodies).  Moore, now a social activist, instigates a movement to stop the selling of ammunition at all K-mart outlets in the US, and succeeds.

By the end of the film, Moore controversially turns into an ultra-moralist.  He asks tough questions of Charlton Heston, famous film actor and President of the National Rifle Association, who is clearly very uncomfortable for most of the interview.

Bowling for Columbine is one of Moore’s best works.  Even though some of his tactics are questionable, we should admire him for his relentless probing of important issues in American society.  His quest to use film as a medium to launch stinging enquiries has led him to excellent films like Sicko (2007), and Capitalism: A Love Story (2009).

He represents the voice of a voiceless nation, and he does his job with enthusiasm and minimum fuss.  Whether you like him or not, he is definitely here to stay. 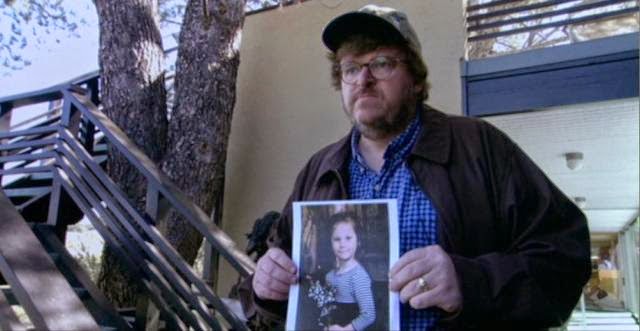 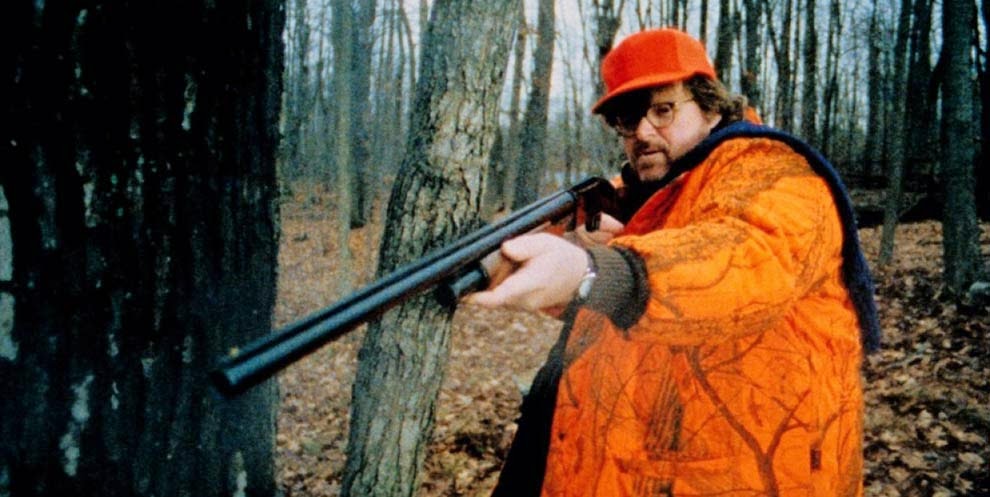