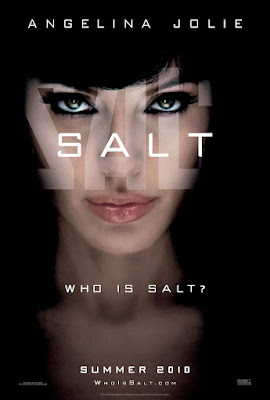 THE SCOOP
Director:  Philip Noyce
Cast:  Angelina Jolie, Liev Schreiber, Chiwetel Ejiofor
Plot:  A CIA agent goes on the run after a defector accuses her of being a Russian spy.

Well-known for the emotionally potent “stolen generation” drama Rabbit-Proof Fence (2002), and films like The Quiet American (2002), and Dead Calm (1989), Noyce is an Australian director whose considerable talent has not been allowed to shine as brightly as he would have wished after he joined Hollywood in the early 1990s, making sub-par Tom Clancy adaptations like Patriot Games (1992), and Clear and Present Danger (1994), and average films such as The Saint (1997), and The Bone Collector (1999).

Jolie is like Franka Potente in Tykwer’s Run Lola Run (1998), except that she is running away from authorities trying to arrest her, rather than running to prevent someone from committing a crime.  Her performance is adequate for an action picture; she has steely determination and reportedly did most of her own stunts.  However, her character traits are only superficially fleshed out.  This is the screenplay’s fault, which in a moment, I would launch a tirade at its writer.

Salt is generally quite well-directed by Noyce, so it is not entirely his fault that the film fails.  To his credit, the action sequences are handled well, and there is some effort in generating suspense.  However, they lack credibility.  The scene that puts the final nail in believability is that of Jolie hurtling level by level down a lift shaft by jumping towards its corners, in pursuit of an elevator with armed men.  And also, how many times have we seen someone in an action film jump onto a moving truck from a bridge ten meters above and suffer no broken bones?  So many times that it seems safe enough to try.

Writer Kurt Wimmer, who was responsible for the mess that is Sphere (1998), and Ultraviolet (2006), cannot even tell an average story right, let alone a half-decent one.  Salt could have been an action-thriller with a clever plot, something like a spy reworking of Andrew Davis’ The Fugitive (1993).  Alas, the result is a story that excites as much as a trip to the grocery store.  The motivations of Jolie’s character are never known, which is always a bad thing for action films because actions are responses to motivations.

Is she a double-agent?  A triple-agent?  Or heck, an agent within an agent?  There is no impetus to really look for an answer.  Stay away from this, pass the pepper instead. 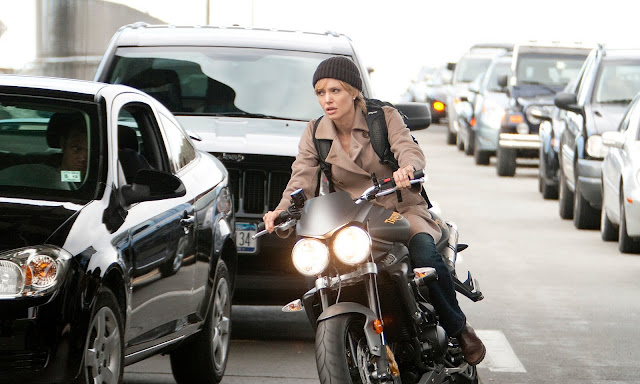 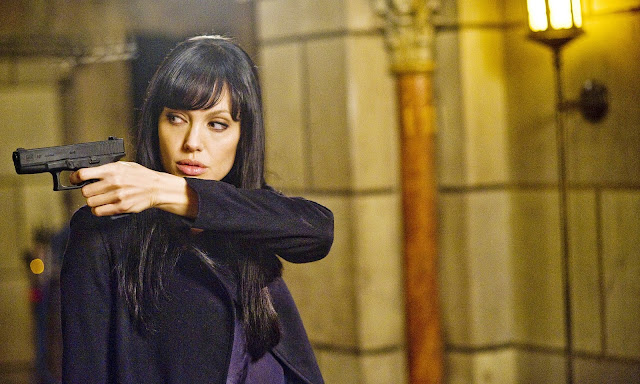