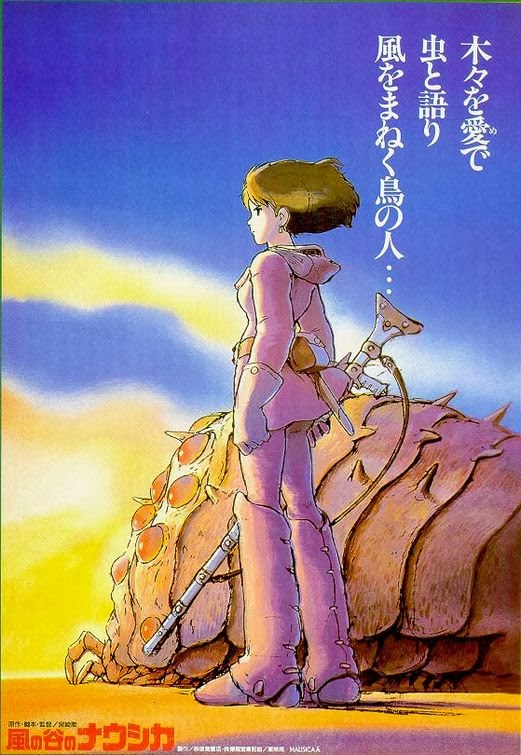 IN RETROSPECT (Spoilers: NO)
Only his second feature-length film, legendary Japanese animator Hayao Miyazaki stunned anime lovers with an adventure story that would thematically and visually pave the way for the success of later works such as Castle in the Sky (1986), and Princess Mononoke (1997).

Nausicaa of the Valley of the Wind, as it is called, is an interesting film, but in my opinion, it is incomparable to most of his later works.  Having watched all of Miyazaki’s films, I strangely feel a lack of emotional attachment to this one, though the spirit of wonderment, a hallmark of every picture of his, at least still comes across unscathed.

Nausicaa is the name of a beautiful and brave princess who lives in a small agrarian valley where the wind always blows.  Such a natural phenomenon is important because deadly toxins from the Sea of Decay, a heavily polluted area that covers most of Earth, are blown away from the people of the valley.

The Sea of Decay is one ghastly place, with all kinds of insects inhabiting it.  One type of species, called the Ohms, which look like organic versions of Sentinels from The Matrix (1999, 2003, 2003) trilogy, look disturbingly creepy, but unless they feel rage, they are very much benign in nature.

Speaking of rage, there is plenty of that to go around in Nausicaa.  The princess is angry at the warring nations that are threatening to destroy the lives of people.  The Ohms want revenge against the humans for being aggressive toward them.  The fragility of the Earth’s ecosystem to support life hangs precariously in the balance.

The pacifist warrior Nausicaa must stand up against tyranny and destruction to save her people, the Ohms, and everything in between that breathes.  Miyazaki’s ecological themes are obvious here, though his message of peace and harmony while strong, comes across as less affective here than in the more masterful Princess Mononoke.

Well-drawn and representing an early showcase of Miyazaki’s creativity, Nausicaa unfortunately feels jagged in its editing, causing it to function not as effectively in its storytelling, character development, and the execution of its action sequences, many of which involve aerial battles that require smoothness in cuts to invoke pronounced feelings of excitement and tension in viewers.

Joe Hisaishi, in his first of many fruitful collaborations with Miyazaki, composes a score that is part orchestral, part electronic, the latter of which seems out of place at times.  Some would disagree, but I feel that Nausicaa is one of Miyazaki’s weaker works, at least from a technical standpoint.

Even from a storytelling point-of-view, too much weight is placed on the title character’s shoulders to lead the film on her own. In some of his best features, Miyazaki often pairs up or groups strong heroines with one or a few fascinating supporting character(s), with their interplay producing some of the most tender and affective moments.  In Nausicaa, this is less obvious, and together with a quite unconvincing villain, these factors unfortunately lead to a less involving film than expected. 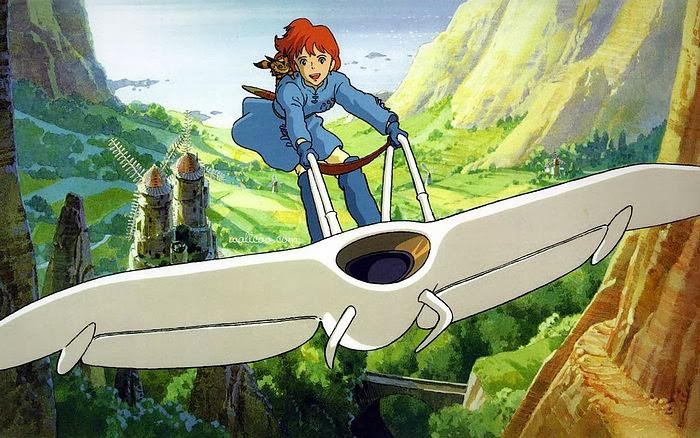 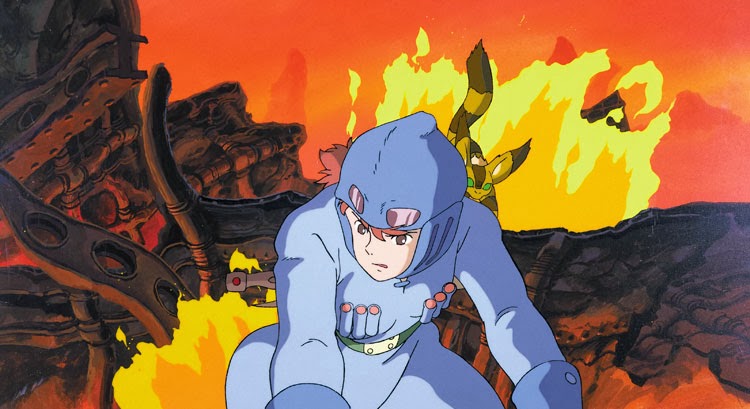