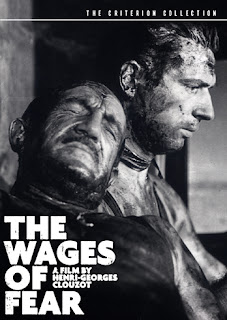 IN RETROSPECT (Spoilers: NO)
“When I was a kid, I used to see men go off on this kind of jobs... and not come back. When they did, they were wrecks. Their hair had turned white and their hands were shaking like palsy!”

There is a reason French cinema has been a dominant force in World cinema for many decades. The Wages of Fear represents one of its highest points, the defining work of the great Clouzot, and quite simply one of the most extraordinary cinematic experiences of all time. And this was before the French New Wave.

Clouzot, who scored the top prizes at both Cannes and Berlin Film Festivals with this nerve-wrecking slow-burn suspense-drama, followed up with the suspense-mystery Diabolique (1955) that cemented his reputation as the ‘French Master of Suspense’, a title that did not go down too well with Hitchcock.

The Wages of Fear is a high-concept film at its core, but has enough complexity and dexterity to satisfy the most demanding of viewers. It is both a dramatic exercise in suspense filmmaking as it is a psychological character study on the theme of fear.

The story is not difficult to follow: Four truck drivers accept a lucrative job offer to drive two shipments of nitroglycerine across rough terrain without the equipment to make it safe. Mind you, this is no easy task. It is as deadly as it gets because any significant physical vibration to the jerry cans that contain the explosive will blow everyone to bits.

Like Diabolique, Clouzot takes his time to set up his characters and the setting. It may feel a tad too long, but persevere, and you’ll find yourself greatly rewarded. On hindsight, the lengthy setup is crucial to developing the four key characters – Mario (Yves Montand), Jo (Charles Vanel), Luigi (Folco Lulli) and Bimba (Peter van Eyck) who would drive the trucks. It is especially important for Mario and Jo, as their roles reverse over the course of the film.

In particular, Jo’s character arc is subjected to one of the most extreme changes in film – from a brave man to a cowardly weakling. As a result, Vanel gives an incredible performance that is convincing in every way, well deserving of the special acting award that he received from Cannes.

When the actual plot kickstarts close to the hour mark, what transpires is a series of set-pieces designed to squeeze out as much suspense as it is cinematically possible. In between, there is a lot of traveling and stopping on rough roads, accompanied by economical yet engaging dialogue.

It is near impossible to look away, as Clouzot with his array of mesmerizing editing techniques, and the use of uneasy camera angles gets us hook to the drama as it unfolds physically, psychologically, and sometimes, existentially. I must say this is one of the few films I have seen that has given me cold sweat. Nerve-wrecking? Now that’s an understatement.

The Wages of Fear is also a character study on both Mario and Jo, most of the time as a dialectic on the theme of fear. Fear incapacitates, yet the absence of fear blinds us from our mortality. The ending (don’t worry, no spoilers here) of Clouzot’s film is abrupt and may be a sore point for some, yet it is steeped in powerful irony.

The Wages of Fear is no doubt a masterpiece. Despite the slow setup, it is tremendously entertaining past the hour mark, and never loses steam. It is like walking on a tightrope fifty floors up, without a safety harness, and with a bomb strapped to your chest that could explode anytime. Well, I was blown away indeed.

Verdict:  A masterclass in suspense and dramatic filmmaking, this Clouzot masterpiece will wreck your nerves. 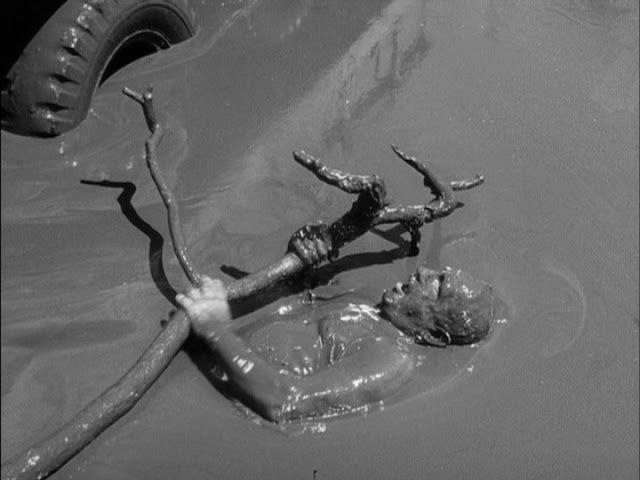 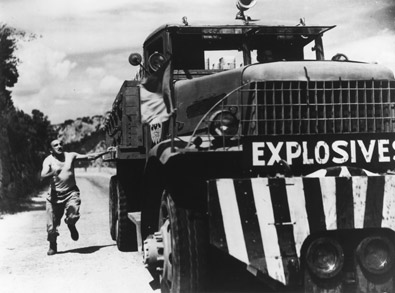 daniel said…
haha, I remember watching this for the first time and I couldnt stand the first half hour. So I continued watching it the next day and was completely hooked. I thought the first hour was unnecessary though. I give this a strong 4/5 and Les Diaboliques a 5/5.
June 22, 2012 at 6:28 PM