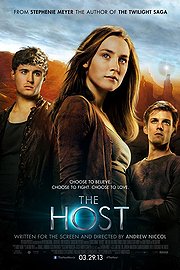 Director: Andrew Niccol
Cast: Saoirse Ronan, Max Irons, Jake Abel, Diane Kruger
Plot: When an unseen enemy threatens mankind by taking over their bodies and erasing their memories, Melanie will risk everything to protect the people she cares most about, proving that love can conquer all in a dangerous new world.

IN RETROSPECT
This may be one of the few movies in the history of cinema that sees its characters constantly demanding to kiss each other. There is so much kissing in this film that it should be rated R21… for kissing scenes. But by all accounts, this is a teen-friendly film that unexpectedly rises above and against expectations.

Based on the novel by Stephenie Meyer, The Host is a confident screen adaptation by writer-director Andrew Niccol, who previously made the sci-fi thriller In Time (2011) and more famously Gattaca (1997), one of the more memorable sci-fi films of the 1990s.

The Host stars Saoirse Ronan (Atonement, 2007; Hanna, 2011) as Melanie, a girl who has been invaded by a member of an alien race that looks like it originated from Pandora. That alien eventually possesses her body, with Melanie's mind stuck in it. ‘One body, two minds’ appears to be the complicated mantra here, but Niccol somehow pulls it off quite satisfyingly by the end of the film.

However, it must be said that  the film starts off with potentially one of the worst first acts in recent memory, but the narrative and characters slowly grow on the viewer, reaching several emotional high points.

As humanity faces the threat of extinction, it is up to the remarkably strong-willed Melanie to change the status quo. Niccol's film is poignant, focusing on organic relationships, intra-species or otherwise. The director cuts down on the sci-fi bit, rooting his drama in a reality that we are still familiar with, albeit one that has been existentially transformed. The film also has interesting, but not distracting, romantic subplots.

Of particular note is Antonio Pinto's stirring score which captures feelings from the heart. He is a promising talent to look out for – his previous work for Snitch (2013) was superb with a style that sounds like Clint Mansell.

With Meyer's involvement, it is difficult not to bring 'Twilight' fans into the spotlight. Truth be told, The Host does not exactly cater to them, but general readers of Meyer's work will appreciate what Niccol has done - a thoughtful exploration of what it means to live freely, and with others. While the film may feel somber, it is optimistic of the idea of co-existence.

It has its flaws, especially in the treatment of Melanie's 'voice' within the mind-space of her alien occupier. But the effective performance by Ronan and grounded direction by Niccol allow the film to slowly but surely work its way to the viewer's heart.

Verdict: This somber yet poignant film overcomes its weak first act, eventually growing on the viewer through its organic treatment of human and nonhuman relationships. 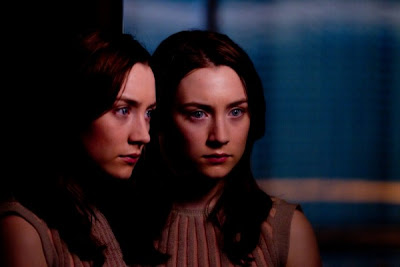 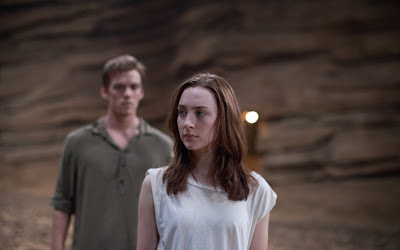