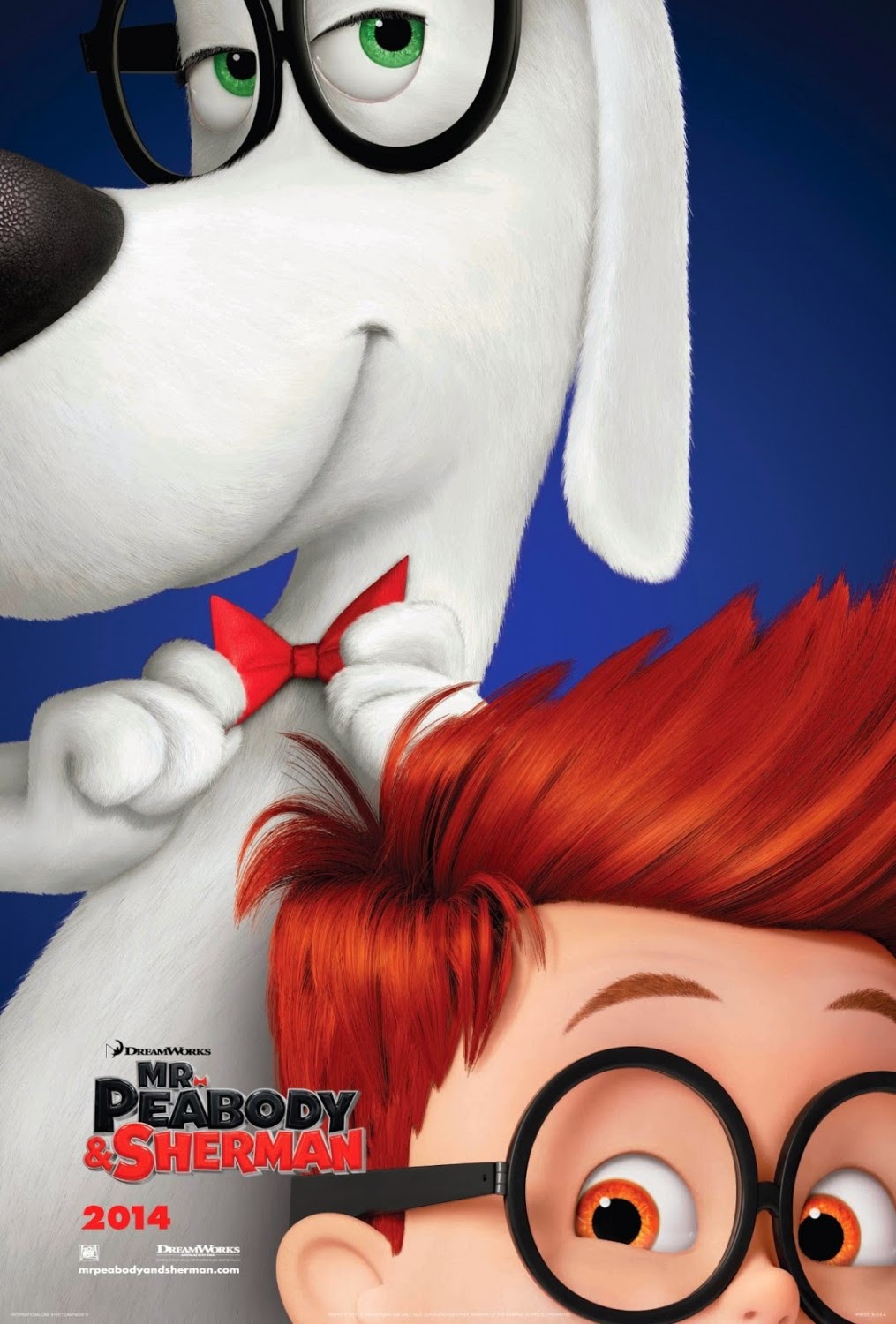 THE SCOOP
Director:  Rob Minkoff
Cast:  Ty Burrell, Max Charles, Stephen Colbert, Leslie Mann
Plot:  The time-travelling adventures of an advanced canine and his adopted son, as they endeavor to fix a time rift they created.

IN RETROSPECT
(Guest Review by Christian O. Acevedo)
Based on the characters from the Peabody’s Improbably History Segments of the 1960s animated television series ‘Rocky and Bullwinkle Show’, Mr. Peabody & Sherman takes us through a marvelous adventure through time.

This animated film is masterfully written by Craig Wright (“Six Feet Under”) and directed by Rob Mindkoff— giving it a great deal of nostalgic nods to the original series while keeping relevant to the audience of this generation.  And like the vintage show, this film also follows an episodic structure.  The film is also very funny in a very intellectual manner.

The story takes off when Sherman gets into a nasty fight with fellow first-grader Penny with Ms. Grunion threatening to take him away from Mr. Peabody permanently.  In an attempt to fix the conflict between them, Sherman and Penny sneak away from the adults for a secret ride in the WABAC time machine.

Of course, the kids get into a number of debacles.  Subsequently, the adventurers get help from familiar historical personalities to repair the unavoidable rip in the space-time continuum.

Mr. Peabody & Sherman may not be the best-animated film of the year thus far, but it is remarkably pleasant, taking advantage of voice actors, which include Stephen Colbert, Max Charles, and Stanley Tucci as Leonardo Da Vinci.

Although the serialized flow of this movie makes it seems like the film is going to conclude on several occasions, the spirit of the show certainly can embark audiences through an entertaining and educational journey through time. 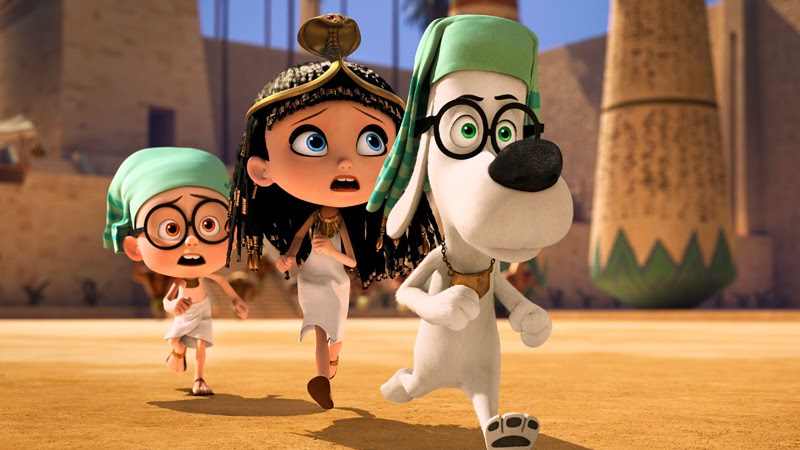 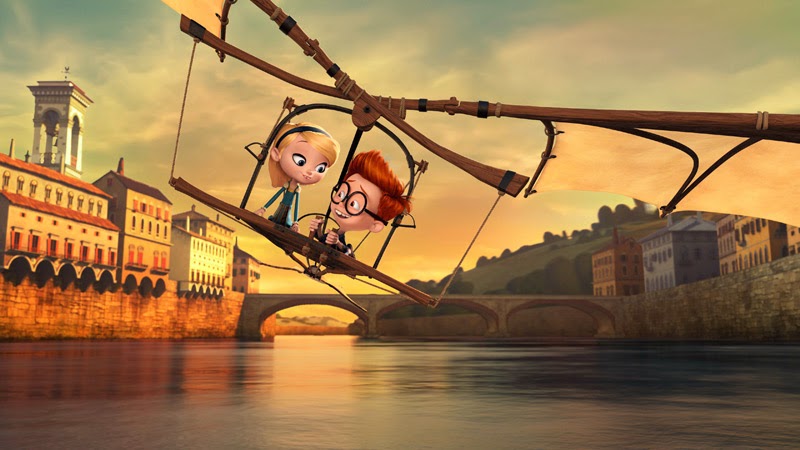