THE SCOOP
Director:  Lee Ang
Cast:  Jake Gyllenhaal, Heath Ledger, Michelle Williams, Anne Hathaway
Plot:  The story of a forbidden and secretive relationship between two cowboys and their lives over the years.

Lee Ang is one of the world's foremost masters of versatility.  He never makes the same kind of movie twice.  In 2005, he made his most important one.  It also won him his first Best Director Oscar, making him the first Asian to clinch that coveted award.

Brokeback Mountain is one of the significant films of the 2000s decade, paving way for a new wave of queer cinema filmmakers to emerge with confident voices.  It is easy to reduce Brokeback Mountain to a gay cowboy movie.  While that label doesn't do justice to the film's complex qualities, it is important for us to first acknowledge that flawed reduction and then build a critical understanding of the film through context and empathy.

The film stars the late Heath Ledger in an outstanding performance as the laidback but conflicted Ennis Del Mar, who meets his enthusiastic work partner Jack Twist (Jake Gyllenhaal) when they get some work as sheep tenders.  They stay together in the wilderness for days and nights, and a friendship and romance develop.

Lee takes this simple tale of two cowboys and allows their relationship to blossom.  They become lovers and great friends.  The performances are naturalistic, and often their forbidden romance is threatened to be dwarfed by nature.

Beautifully shot by Rodrigo Prieto and scored by Gustavo Santaolalla (famous for their work with Mexican director Alejandro Gonzalez Inarritu), Brokeback Mountain is a rich, delicate and layered film with a sweeping, epic feel.  It spans more than two decades, yet Ennis and Jack's affecting story lies outside of time.

It is almost ten years since the film's release, yet their love story remains captivating, and more importantly, universal.  It is a story of love, nothing less, nothing more.  Perhaps that is why the film's appeal transcends cultures and beliefs, proving to be a box-office hit worldwide.

This is considering that it is an unorthodox Western concerning homosexual themes, so it is quite astonishing that the film received mainstream adulation.  The fact that there has not been a similarly-themed film of this scale and accessibility after nearly a decade is equally astonishing and shocking.

Brokeback Mountain also sees supporting roles for the effervescent Michelle Williams and a young Anne Hathaway.  But it is the strong chemistry between Ledger and Gyllenhaal that gives the film a solid emotional base to which the story plays out.

Days after the haunting closing scene, Brokeback Mountain has stayed transfixed in my heart.  I hope it stays in yours too.  It is a towering achievement that is required viewing for any film enthusiast.  It provides comfort, and we need that comfort in a time when politics continue to define what love is.  Why insist on defining love, when feeling it is all that matters?

Verdict:  Such a sweeping yet delicate film by Lee Ang centering on the relationship between two cowboys that it stays transfixed in your heart. 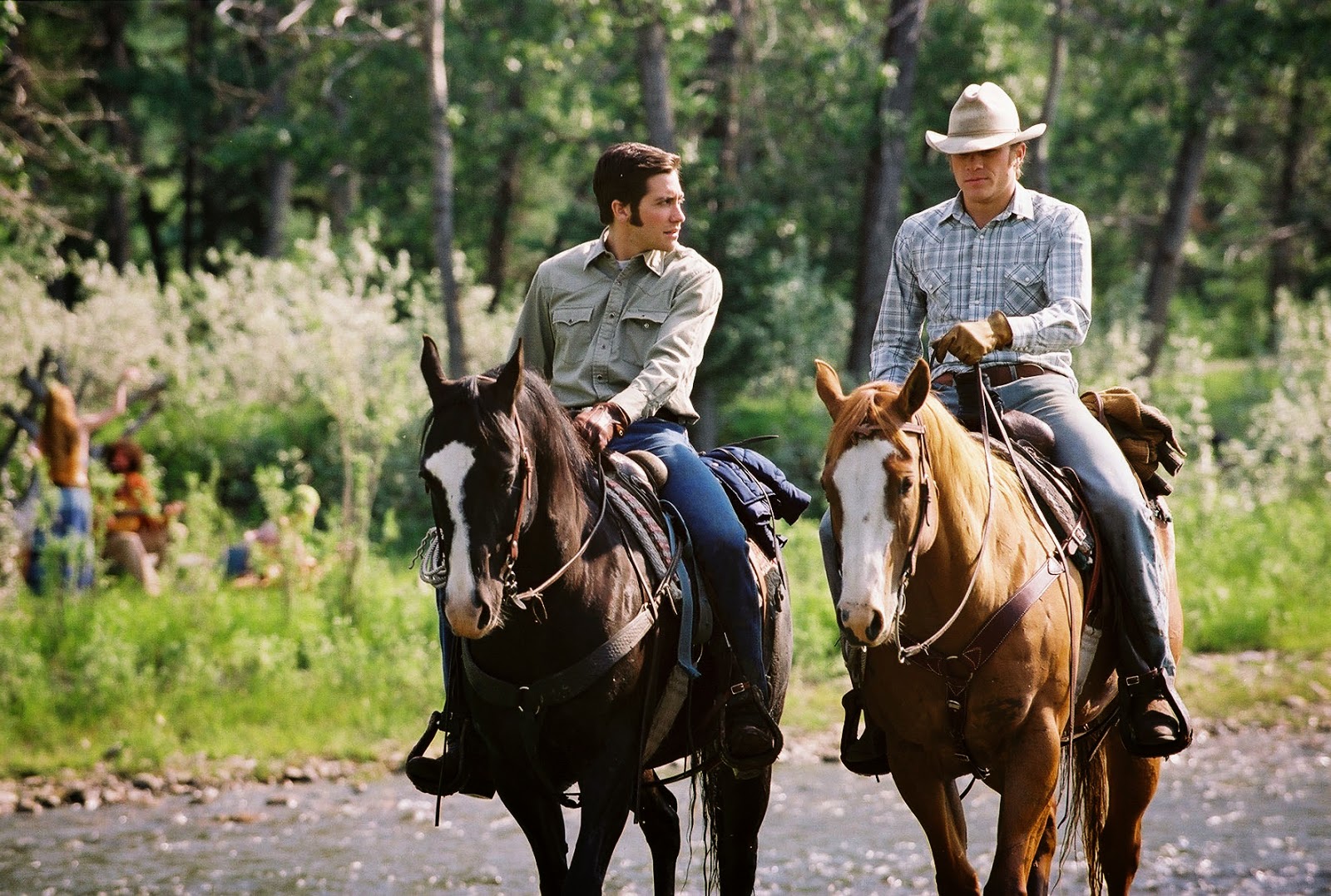 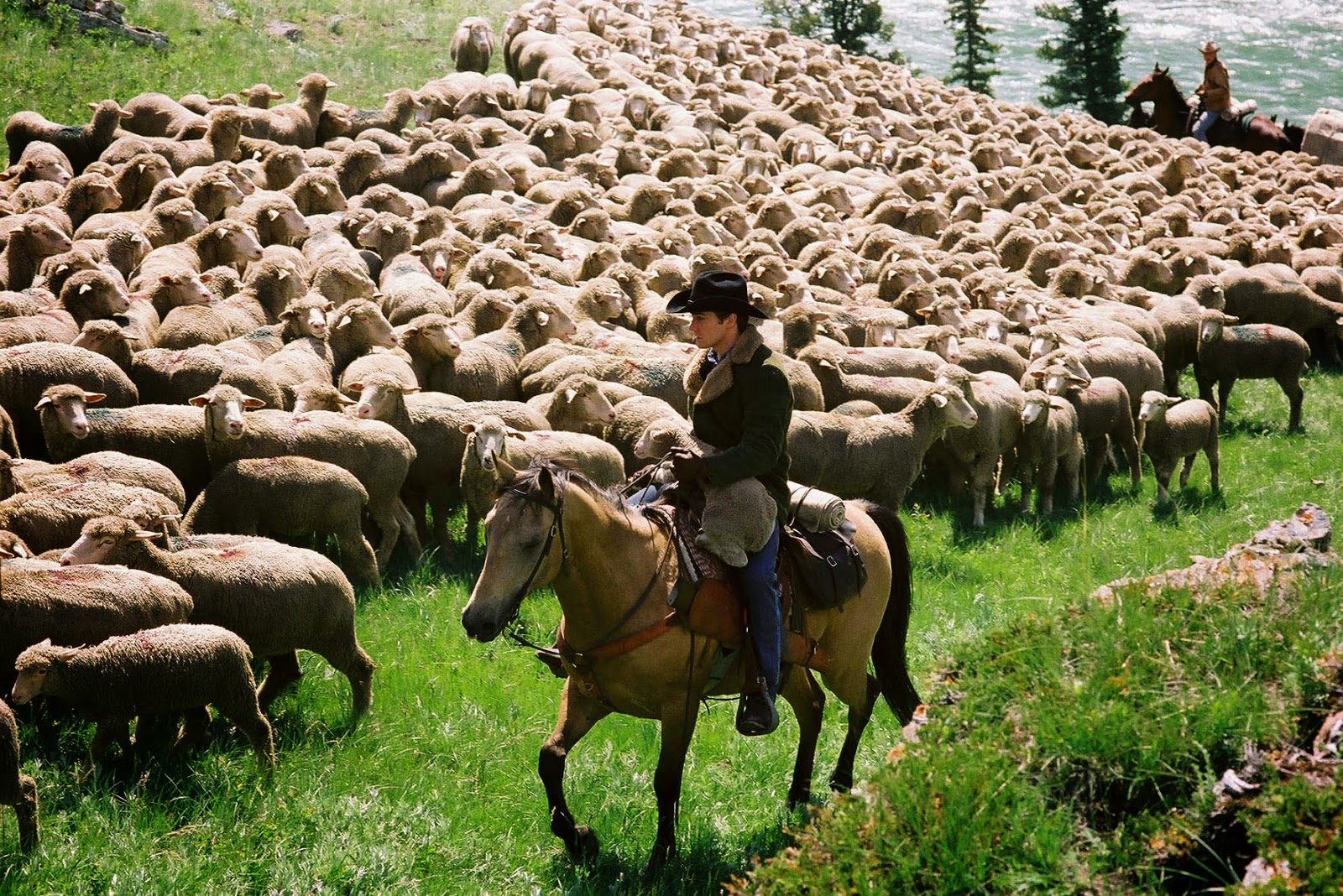