“There's something terrible about reality but I don't know what it is.”

Red Desert is so conspicuous as a cautionary tale on the perils of human alienation amid technological progress, in this case, of industrial development and its associated consequences, that its cinematic pursuit for meaning may elude us as soon as the post-apocalyptic imagery hits.

Antonioni’s Venice Golden Lion winning feature is a masterful, hypnotic film.  It is also his first colour feature.  It might be worth noting that the great master was probably the only filmmaker in the history of the medium to have won the Cannes Palme d’Or, Golden Berlin Bear and Venice Golden Lion in the space of only five years, with La Notte (1961) and Blow-Up (1966) being the other two films.

Truly an auteur of the highest order, Antonioni and his challenging work Red Desert provide a visual and aural experience that is as unique as it is strange.  He plays with colour, not just any colour, but the colour of the environment.  According to the Internet Movie Database, he had the natural landscape painted and smoke tinted yellow to reinforce the sense of desolation, of death.  What seems more incredible than that is the film’s realism.  No colour is oversaturated, nor does it appear artificial.

Starring his muse Monica Vitti, whom Antonioni first cast in L’Avventura (1960), Red Desert defies any effort to synopsize its plot, of which there truly is none.  She plays Giuliana, a mother to a boy, and wife to a husband.  After surviving a traumatic accident, she becomes disillusioned with her life.  Ponderous and on the verge of losing her sanity, Giuliana wanders alone, sometimes with her boy, sometimes with another man.

The film is better understood through an appreciation of its themes rather than its narrative.  In essence, Red Desert is about one woman’s encounter with the environment, both physical and social, but always purely psychological.  It begs the question: are we the product of our environment?  But perhaps more existentially, are we ghosts?

Through the use of a jarring, but sparse sound design that is a combination of industrial noise and electronic hiss, Antonioni takes it one step further: can we hear ourselves?  Can we find ourselves?  In one of the film’s most extraordinary and mysterious scenes, all the characters are enshrouded in thick fog on a pier.  The sea surrounds them.  There’s no escape.  Life is mundane, frustrating and boringly monotonous.  We can only drown in it.

Verdict:  Antonioni plays with colour and sound design, creating a hypnotic take on the perils of human alienation amid technological progress. 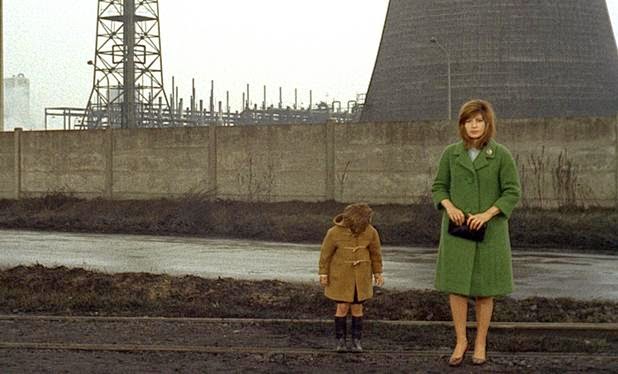 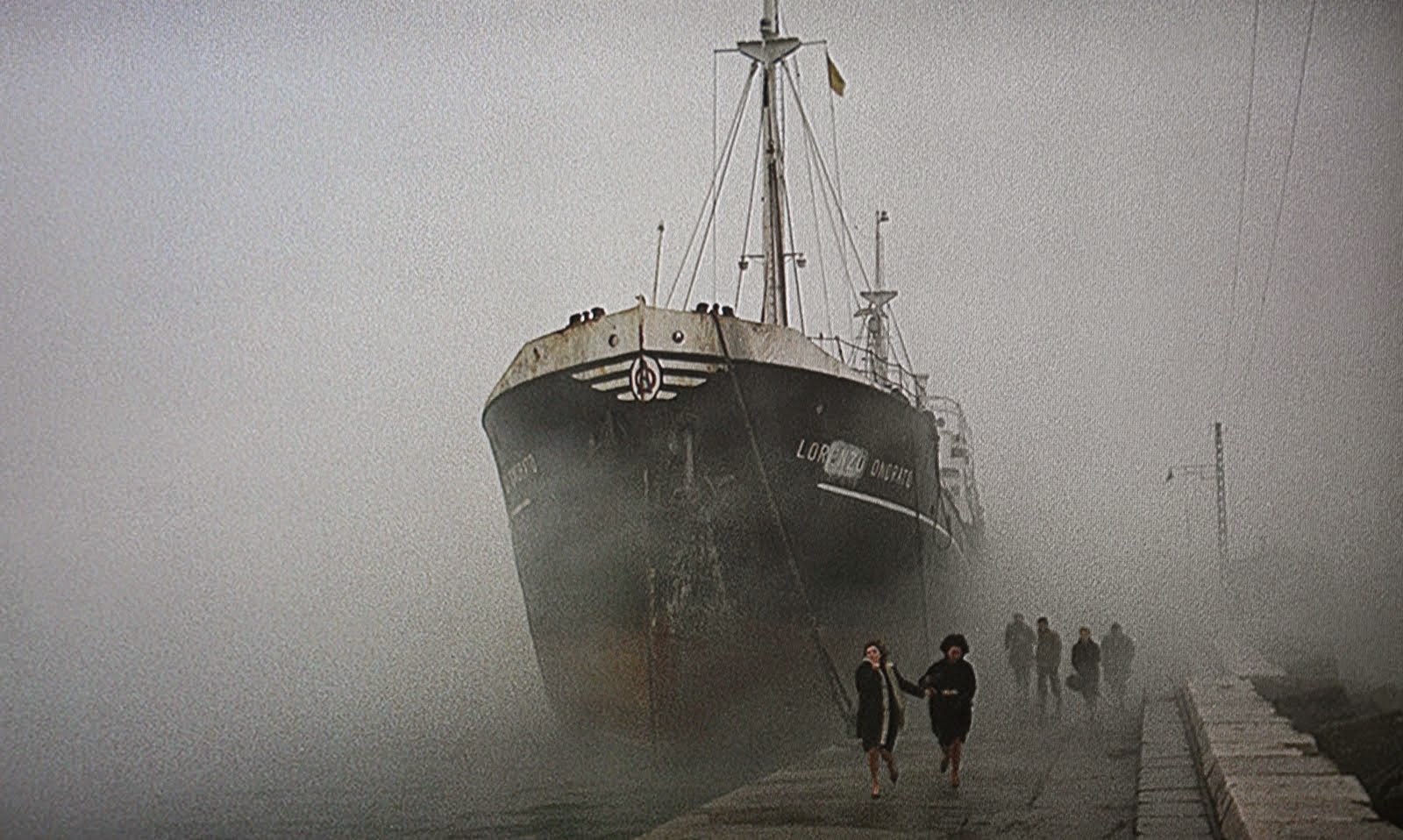