“I'd hate to take a bite outta you.  You're a cookie full of arsenic.”

One of the great American noirs of the '50s, Sweet Smell of Success comes with high reputation and expectation.  It is also director Alexander Mackendrick's most well-known work, and it might just be his finest.

Set in the glitz and dog-eat-dog world of print media, public relations and high society, we first get acquainted with Sidney Falco, played by Tony Curtis with boundless energy whose character has a fondness of making snide remarks and always has a comeback line in any argument.  He is a shady press agent who would feed scandalous information to columnists in a bid to make big bucks and grow his connections, however unethical his methods are.

Sweet Smell of Success pits him against his old friend J.J. Hunsecker, a high-flying and popular columnist—a Burt Lancaster whom you wouldn't want to mess with.  Their relationship is subject to severe strains when Falco fails to do a task well for Hunsecker, that is to break up the romance between the latter's sister and a jazz guitarist through malicious media writing.

There are twists and turns, most of them within Falco's control, who tries to outwit everyone and get back in the good accounting—in every sense of the word—books of Hunsecker.  Despite the nefarious world these people operate in, Falco and Hunsecker are made to be likable characters—you won't endorse their tactics and worldview, but you will like them enough to want to see them succeed (or fail).

That all boils down to the strength of the screenplay by Clifford Odets and Ernest Lehman based on the latter’s novel, and Mackendrick bringing the best out of the actors through the dialogue.  There's a potent and cruel dose of heavy cynicism, borne out of sneering sarcasm, and the masculine desire to dominate and be the master of his own destiny.

Hunsecker's sister is powerless, under the spell of her more famous and overprotective brother—there's a hint of incest, and in some illicit way, Hunsecker's desire to destroy the romance between her sister and the musician speaks of his distaste for anyone who is less of a man.  The acerbic dialogue, plus James Wong Howe's off-kilter if moody cinematography add to the whole experience.  In sum, Sweet Smell of Success is startling, revolting and entertaining.  Don't miss.

Verdict:  With acerbic dialogue performed by the great Burt Lancaster and Tony Curtis, this noirish drama is a cruel dose of heavy cynicism and malicious intent. 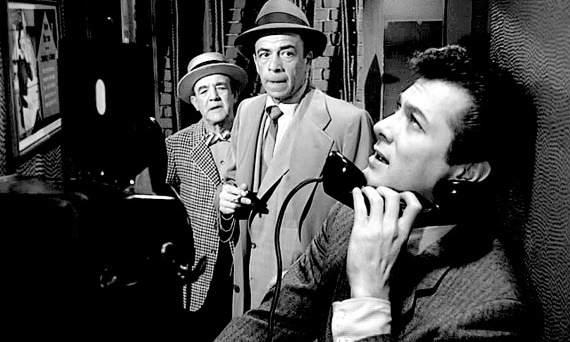 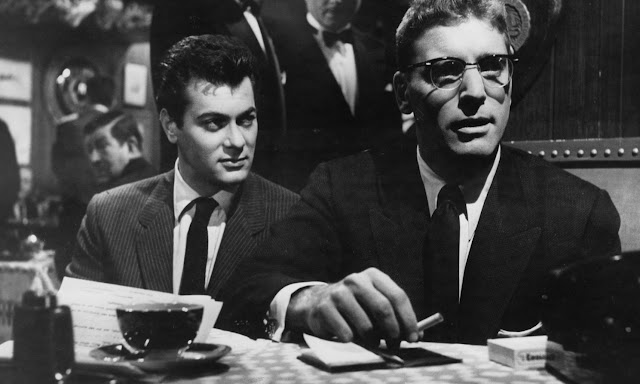 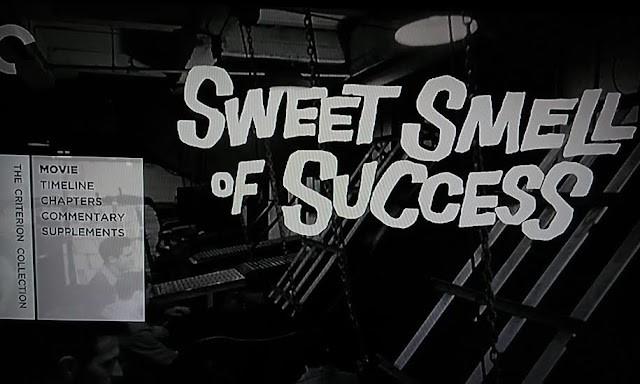