“Raising daughters is like cooking a meal.  You lose your appetite by the time you're finished.”

The third film of Lee Ang's early ‘Father Knows Best’ trilogy (the other two are Pushing Hands (1991) and The Wedding Banquet (1993)), Eat Drink Man Woman is a finely-wrought drama set in his native Taiwan, centering on three sisters and their elderly father who’s a well-respected senior chef of a famous restaurant.

In the opening sequence, we are treated to glimpses of the father’s prowess in the kitchen, and tantalising images of food as they are prepared and then served on the family dinner table.  The prologue immediately hooks us in, yet it hides how economical it is in setting up the family dynamics at the dinner table.

Lee expertly builds on this for the rest of the film, patiently giving us well-rounded characterisations that portray in detail not just the relationships amongst the sisters, but also their rendezvous with men, in either professional or romantic capacities (sometimes the boundaries are blurred).

I won’t go into detail about the plot or these characters (you should experience them as they are, and the screenplay is superb), but what I can say is that Lee plays with the shifting internal family dynamics with skill, almost always in relation to external circumstances—marked by opportunities and setbacks—that affect each member of the family.  Life is unpredictable and intertwining, just like a chaotic traffic junction controlled by a composed traffic warden (a recurring shot that seems to sporadically punctuate the film).

The pacing of Eat Drink Man Woman is perfect.  It is almost akin to watching a television drama unfold from one episode to the next (and I mean this as high compliment).  One would anticipate what comes next, and wish the film will go on forever, which is probably the most blissful of feelings associated with cinema viewing.

The theme of ‘eating together’ may be universal, but in Asian cultures, and in this instance, that of a Chinese family, it has an added significance—which is its hidden emotional quotient.  The soul-stirring epilogue is of course very telling, but the key idea is that the hands that have made the dishes are the very hands that made it with unconditional love.

Verdict:  A finely-wrought drama by Lee Ang, with superb characterizations, tantalizing images of food, and a strong emotional core. 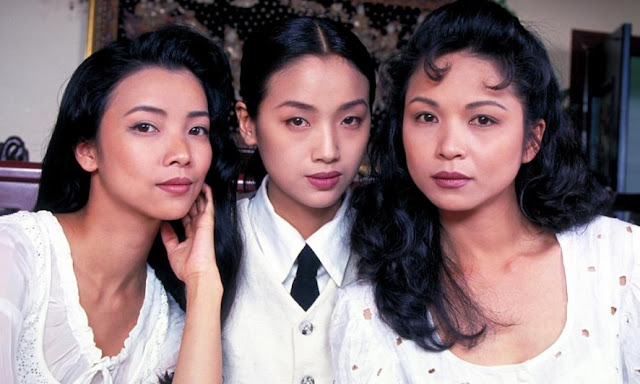 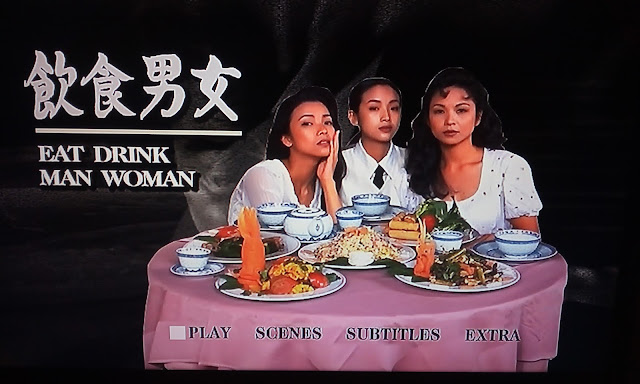