“There are two types of beings in the universe: those who dance, and those who do not.”

The sequel to Guardians of the Galaxy, Vol. 2 officially heralds the arrival of the summer blockbuster season, after appetizers such as Kong: Skull Island and The Fate of the Furious, and one of the best films of the year, Logan.  Not quite as refreshing and radical as the first film, James Gunn’s revisit to the burgeoning franchise that runs parallel to the ‘Avengers’ films still promises loads of action and awkward humour.

This time around, there’s less time required to establish the characters, which kinda means much of this (even longer) film is filled with exposition as it tries to move the narrative along so that it hits the expected story and action beats, even if some of these beats become perfunctory.

In Vol. 2, the driving force of the storytelling comes from unravelling the mystery of Peter Quill’s (Chris Pratt) true parentage.  Sylvester Stallone has a cameo, but it would be inaccurate to say as such for Kurt Russell, who plays the film’s most important new character.  To talk more about it would spoil the fun, as the bulk of the film—both narrative and action—revolves around his character.

There’s a bit more focus on the sisterly relationship between Gamora (Zoe Saldana) and Nebula (Karen Gillan) that may point to the rumblings of the next big (really huge) Marvel movie, Avengers: Infinity War (2018).  Focus is also on Quill’s undercurrent affection for Gamora, which occasionally comes off as the butt of several jokes.

All in all, Vol. 2 is a serviceable picture, certainly an entertaining film for what it is, while also pushing the ‘family-friendly’ tag to its limit—what with conversations about penises and sexual feelings, and a shot of severed human toe.

The brilliant concoction of style, substance, reference, reverence and collage as gleefully experienced in the first movie is diminished here; there’s a feeling that the filmmakers didn’t have quite as much fun making this as they did for the first.  It’s as if someone had built a roller-coaster that nonchalantly ticks all the checkboxes of the original reference without really wanting to outdo it.  That being said, its safety record is to be proud of.

Verdict:  Not quite as refreshing and radical as the first film, but this sequel still promises loads of action and awkward humour. 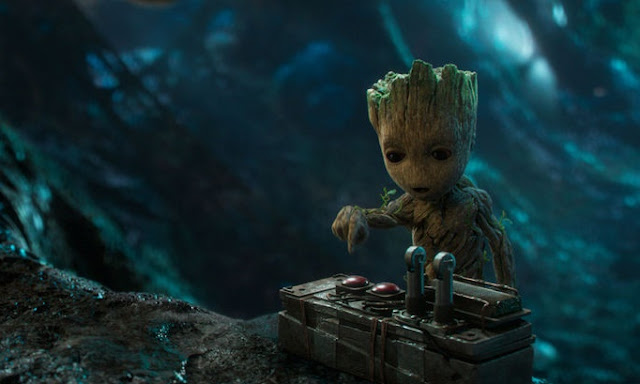 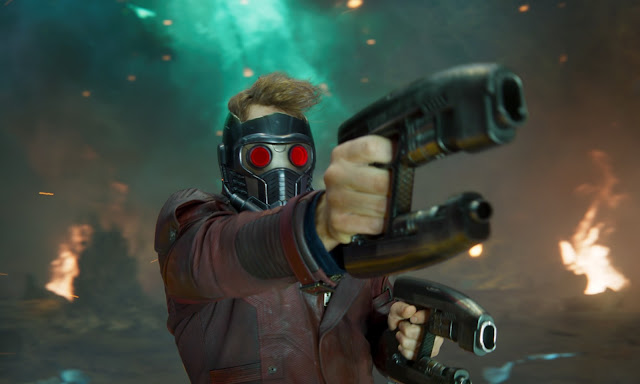 Not quite as refreshing and radical as the first film, but this sequel still promises loads of action and awkward humour ~ 3.5*/B [ Dir. James Gunn | 2017 | USA | Action/Sci-Fi | 136 mins | PG13 ] GUARDIANS OF THE GALAXY VOL. 2 / © Walt Disney Studios #guardiansofthegalaxy #marvel #jamesgunn #chrispratt #zoesaldana #davebautista #vindiesel #bradleycooper #kurtrussell #action #scifi #blockbuster #hollywood Full review to be out by 5 May. Now showing in Singapore.
A post shared by Eternality Tan (@eternalitytan) on Apr 27, 2017 at 12:35am PDT