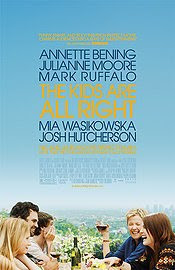 IN RETROSPECT
The Kids Are All Right is one of the most memorable film experiences of the year. Nominated for four Oscars including Best Picture, this dramedy based on an original screenplay by Stuart Blumberg and Lisa Cholodenko, who also directed the film, is a triumph of screenwriting and acting. Quite underrated, this film incisively dissects the dialectical tensions within a family, and attempts to portray in the most heartfelt manner the importance of sharing a sense of belonging with the people whom you love most.

Let me introduce to you five characters in the film. They are Nic (Annette Bening), Jules (Julianne Moore), Joni (Mia Wasikowska), Laser (John Hutcherson), and Paul (Mark Ruffalo). Joni and Laser are the children of Nic and Jules, whom are both women and are married to each other. Paul is an outsider, who nearly two decades ago donated his sperms to Nic and Jules so that they could conceive. He enters the picture when one day Joni and Laser are curious to find out who their “biological father” is.

What seems like a typical look into the dynamics of a marriage (albeit not a conventional one) and the straining of relationships as the characters (except Nic who assumes the “head” of her family) become acquainted with Paul is given a fresh and quite exciting treatment by the filmmakers. In the tradition of quirky and witty independent films about a dysfunctional family like Little Miss Sunshine (2006), The Kids Are All Right scores big hugs and kisses as viewers are highly likely to embrace this beautifully written tale of love and friendship.

With doses of side-splitting humor and scenes of awkwardness galore, The Kids Are All Right has never a dull moment in its 100-minute plus runtime. The chemistry among the ensemble cast is also spot-on as evident in two of the film’s most meaningful sequences – the first get-together with Paul in Nic and Jules’ home, and the second get-together with Paul at his place – in which the dialectical tensions play out both visually and psychologically to aplomb. Bening’s acting is superb, but it is Moore’s performance that is more affecting. It baffles me that she is not even nominated for an Oscar for her work here.

Do bear in mind that this is a film about family, and not a family movie. The film not only contains strong and occasionally crude homosexual references, but also normalizes homosexuality in a family setting. While there is nothing innately wrong about homosexuality (after all as the saying goes, “to each his (or her) own”), the effect of screen normalization of potentially offensive material may be a cause of concern for conservatives. But my advice is this: Watch this with an open heart and you might learn a thing or two about the value of raising a family. 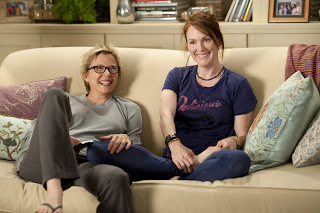 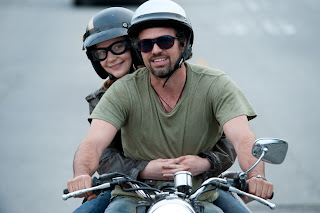