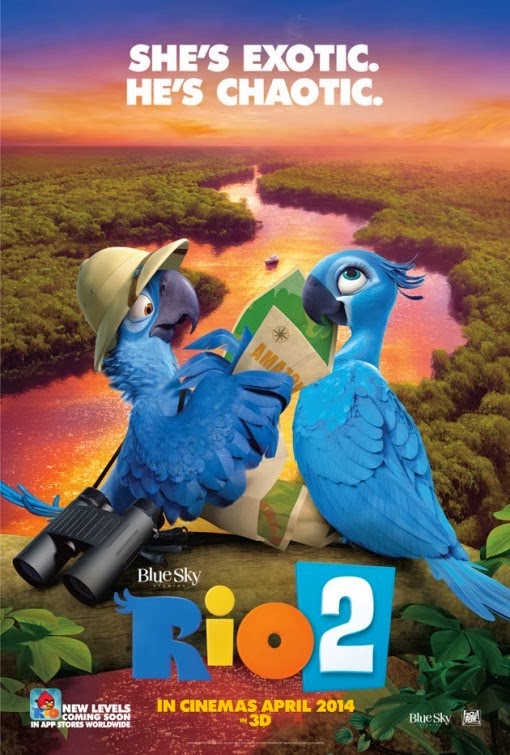 THE SCOOP
Director:  Carlos Saldanha
Cast:  Jesse Eisenberg, Anne Hathaway, Jemaine Clement
Plot:  It's a jungle out there for Blu, Jewel and their three kids after they're hurtled Rio de Janeiro to the wilds of the Amazon.  As Blu tries to fit in, he goes beak-to-beak with the vengeful Nigel, and meets the most fearsome adversary of all:  his father-in-law.

IN RETROSPECT (Spoilers: NO)
Guest Review by Pedro Shiu.

The movie was reviewed in 3D and in a theatre stuffed with young children.

Directed and written by Bluesky Studio’s animation veteran, Carlos Saldanha, the film’s direction is strong and succinct.  This film was significantly warmer than his previous two ‘Ice Age’ entries, Meltdown (2006) and Dawn of the Dinosaur (2009) – pun intended.

The film continues the adventures of Blu, the critically endangered blue sphix macaw, as his family travels into the Amazon to seek a rediscovered population of macaws.  Ironically, majority of the film doesn’t take place in Rio de Janeiro.  However, the lively atmosphere of Rio de Janerio remains throughout the movie.

The film’s strength lies in its pacing.  The film takes its time to build up the characters’ personalities and backgrounds.  The characters feel real and relatable.  Their relationships are organic and believable.  At the same time, the film doesn’t drag itself out incessantly.  I dare say that Saldanha had a pretty good clutch – pun also intended – over the focus of the film.

Casting was fairly good too.  Most of the voice talents end up playing themselves on the screen.  However, the script seems fully aware of this and it doesn’t come across as artificial.

Rio 2 is definitely a fun movie.  Although my theatre was overflowing with young kids, their attention was piqued for the entire film (not an easy task, trust me).  Jokes are delivered with outstanding comedic timing.  A certain joke involving tortoises sent the theatre into a spontaneous round of applause – something I have not seen in mainstream cinema for a while.

But Rio 2 is not perfect.  It suffers from its excess.  Its characters are colourful and fleshed out but too numerous.  Various characters and subplots did not contribute significantly to the film’s overall plot.  There were also too many themes and messages; independence, family, environmental concern, jealousy, Man and Nature… the list goes on.

What kept Rio 2 from being a truly awesome film is the dilution of its potential through its excessiveness.  This becomes very apparent at the film’s conclusion as it tries to tie up all loose ends, albeit with some clumsiness.

Verdict:  A great jungle jubilation that delivers relatable fun for the whole family. 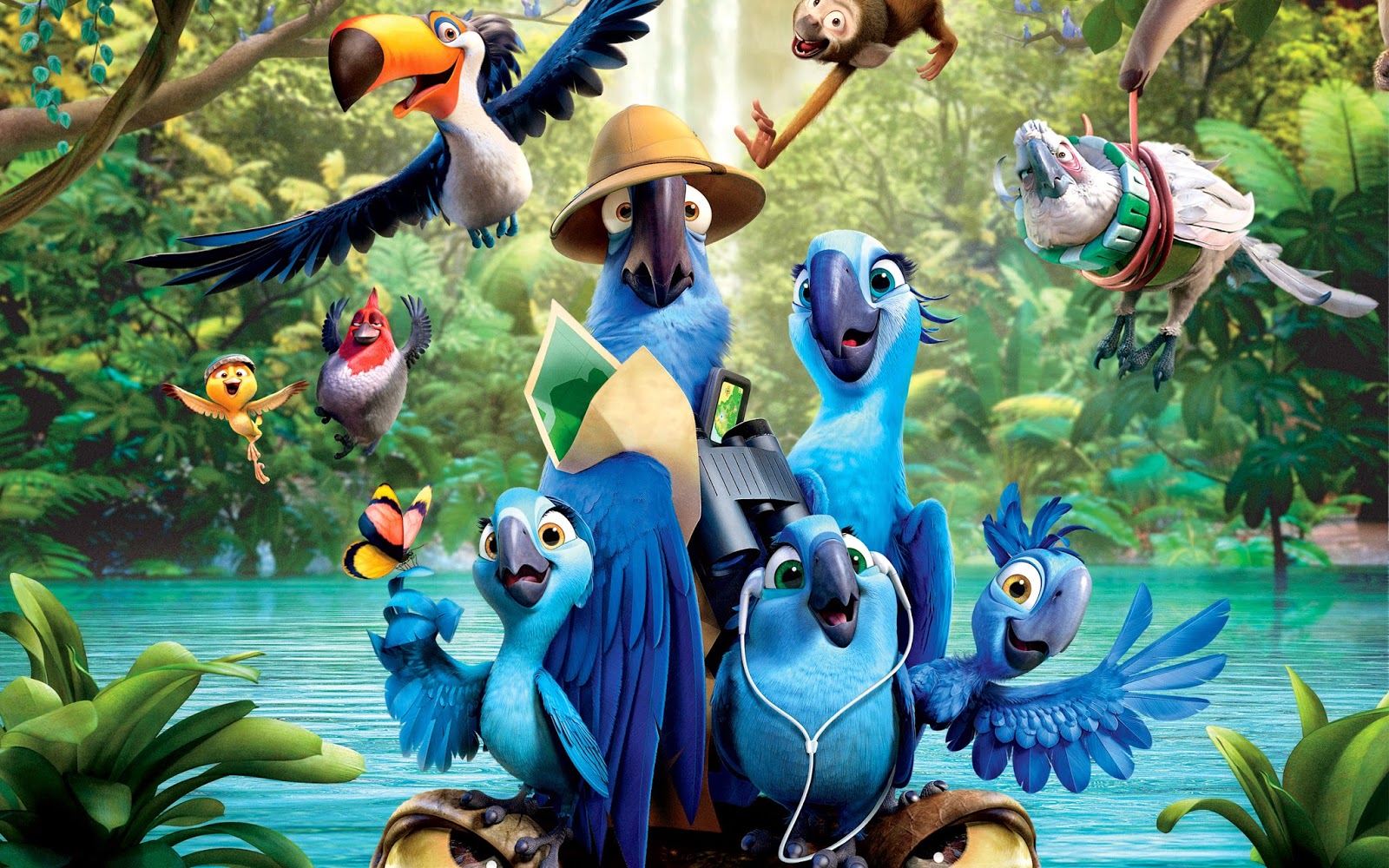 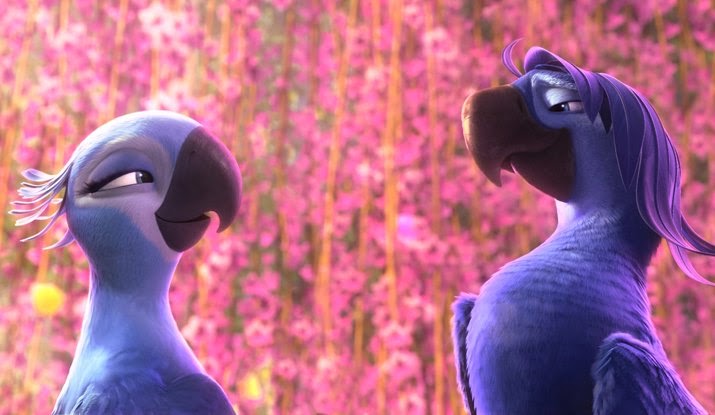