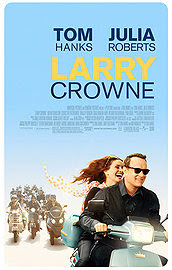 Director: Tom Hanks
Plot: After losing his job, a middle-aged man reinvents himself by going back to college.

IN RETROSPECT
Perhaps acting is a tad too boring or easy at the moment for Tom Hanks. The Oscar-winning actor of Philadelphia (1994) and Forrest Gump (1995) and some of Hollywood’s most memorable films including Saving Private Ryan (1998) and The Green Mile (1999) directs, produces, writes, and of course, acts in this year’s feel-good summer comedy about a guy in his forties who lost his job in a supermarket and tries to reinvent himself by taking a speech class in college. That guy is Larry Crowne, played by Hanks with effortless ease.

Larry Crowne follows its lead character who meets a frustrated female professor and wife of a lazy husband called Mrs. Tainot (Julia Roberts) in his first class who would change his life for the better. For most parts, Hanks’ film succeeds as a lightweight comedy about life and love, without going into melodramatic theatrics. The film retains a sense of optimism and a spirited mood throughout, though this is due more in part to Hanks the actor then Hanks the director. Roberts, who often lights up the screen with her natural beauty, also pulls us into the film despite the relatively cliché-ridden script.

From a cinematic perspective, Larry Crowne does not break new ground and its plot does not quite excite, but the quite excellent Hanks-Roberts combo elevates it into something more than just a disposable comedy that no one cares to remember. Of course, Larry Crowne is never a picture made to bait awards, yet despite the A-list leading cast, it remains heavily (and curiously) panned by the majority of film critics. Many complained about the film’s blandness, while others criticized it as too gentle and idealized to be believable.

Well, in my opinion, I feel that even though Larry Crowne covers the same old territory we have seen before, it remains to be free of major perturbing flaws and is a decent attempt by Hanks to create a non-stoner romantic-comedy that is at the very least honest in its portrayal of its lead character. The general likability of Hanks and Roberts as actors helps to deflect any negative impression of the film as being dull and conventional. While I agree Larry Crowne is steeped in conventionality, it is still worth a try, especially for viewers who want a down-to-earth antidote to the bombast of summer blockbusters. 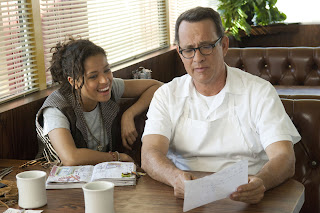 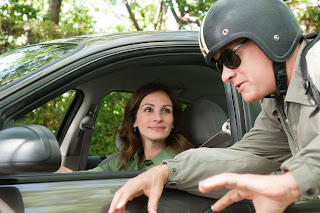